Topic Starter
45 posts
Good day! I'm the starship specialist in the Russian Star Trek Fan Club.
My brother is developing a new Star Trek RTS on the Unity 3D engine (v.5). The project is about a year-old struggle with difficulties, because he works alone with my help with some details. Nevertheless, he's already created a lot of stuff and the game looks promising. Star Trek: Defense Line is a successor of Star Trek: Armada series tradition and we are trying to develop the ideas of Armada to make gameplay more realistic and interesting. We already released some playable versions and you can find one on our web-site. Your opinions and comments are very important for our work.

The project is lack of good 3d models and if you could help us with models the project would rise to a higher level of quality. At the beginning we used downloaded models, but they had too many polygons and it is unfair to use someone's models in our project without permission. So we started to make our own models, and they are not good. So any volunteer modelers are welcomed to our team.


We would be very glad to you for any ideas, help or advise with our project Star Trek: Defense Line. Topic Starter
45 posts
Thank you! A new demo will be released in a few weeks. Maybe earlier.
Merough

Up to 10'000 polygons per model.
TiberiousKirk

20 posts
It looks like you have made great progress so far! I look forward to seeing where you go from here.

One thing I would like is to see a rotation camera or free camera view button similar to Armada 2's. Many games like homeworld 2 and Sins of a Solar Empire don't have a button. I really enjoy the fact that while playing armada 2 , I can click a button and the screen snaps back to a universal overhead view.
u.s.s.sovereign

Topic Starter
45 posts
Thank you! We have already replaced Federation starships models and the game looks much better. As for camera, we'll think about such thing. By now player can change the camera angle and rotate it using mouse buttons.
u.s.s.sovereign

Topic Starter
45 posts
After some work we've created a Borg Cube test video. It shows workable Borg vessel for the first time and damage & destruction system. You can see all the debris are affected by physics and collide with each other and ships. By now the debris system is working not good, but we're working on it. Such debris will be used by players to get resources. Player will tug ship fragments to surplus depot and get additional materials from them. You will be able to try this in the nearest demo.

Thanks to Major Payne from MSFC community we have a very good Federation ships pack! Thank you, major!


Now we're searching someone who could create building animations for stations. We would be very grateful for any help!
u.s.s.sovereign

Topic Starter
45 posts
Well, a new demo is finally released. It’s already version 24.1 though the previous one was 18.

I have already written about the models we were busy with. Eventually all the models were replaced. The meshes are provided by Major Payne (All the Federation vessels). Stations models (bearable) were built by our team because we still need building animations for good Major’s models.

The destruction system is also added to all ships and stations (ship or station is replaced with collapsing model while it’s destroyed). By the way, all the fragments have their own physics.

A primitive physics is also added to ships themselves, but there could be some bugs when a ship with disabled engines is hit by torpedo (because of torpedo system specifications). I wanted to cut off physics from ships, but it ingrained into the code and it would be a challenge to cut it off.

The fog of war is deactivated by now because of a performance issues (the game was dreadfully lugging). But now you can watch what the AI is doing.

The game map is remade to be a star system (a kind of). Player’s base is on one side from the star and AI’s on the other.

The AI itself was modified, though it keeps on building stations in wrong places (inside other stations). Now all the AI’s ships have three designations: defensive fleet, offensive fleet and reconnaissance fleet. AI acts a bit oddly, but we’re working on it and all other issues.

We added new stations to the game. Phaser turret, surplus depot (a place where player can recycle debris to resources) and outpost. Phaser turret – is just an ordinary turret. Surplus depot – if you drag a ship fragment to this station you would get some resources (by the way, the Borg cube from the latest video would give you a lot of resources). The outpost is just a heavily armed station with extraordinary fire effectiveness.

The battle system is now stabilized. And of course we solved some bugs.

We tested this build on only one PC, so you could meet problems and bugs we haven’t met before. If something goes wrong – write to me. We will try to find out what has happened. Topic Starter
45 posts
Today we celebrate Star Trek Defence Line Birthday! It is a year since the official development started. Before that moment the game existed only as a draft. You can see screenshot created after a couple of weeks after the work started and a new one for compare. Many things have changed since that time. Topic Starter
45 posts
Some news. We added subsystems to ships and stations (they are

. The ship control panel is rebuilt too. We improved physics and building system. Now player is able to cancel station construction (and get back the resources) and not able to build a new station inside another one (location selection hologram changes colour to red). Torpedoes are able to miss the target at last.

Some new game wallpapers for your desktops 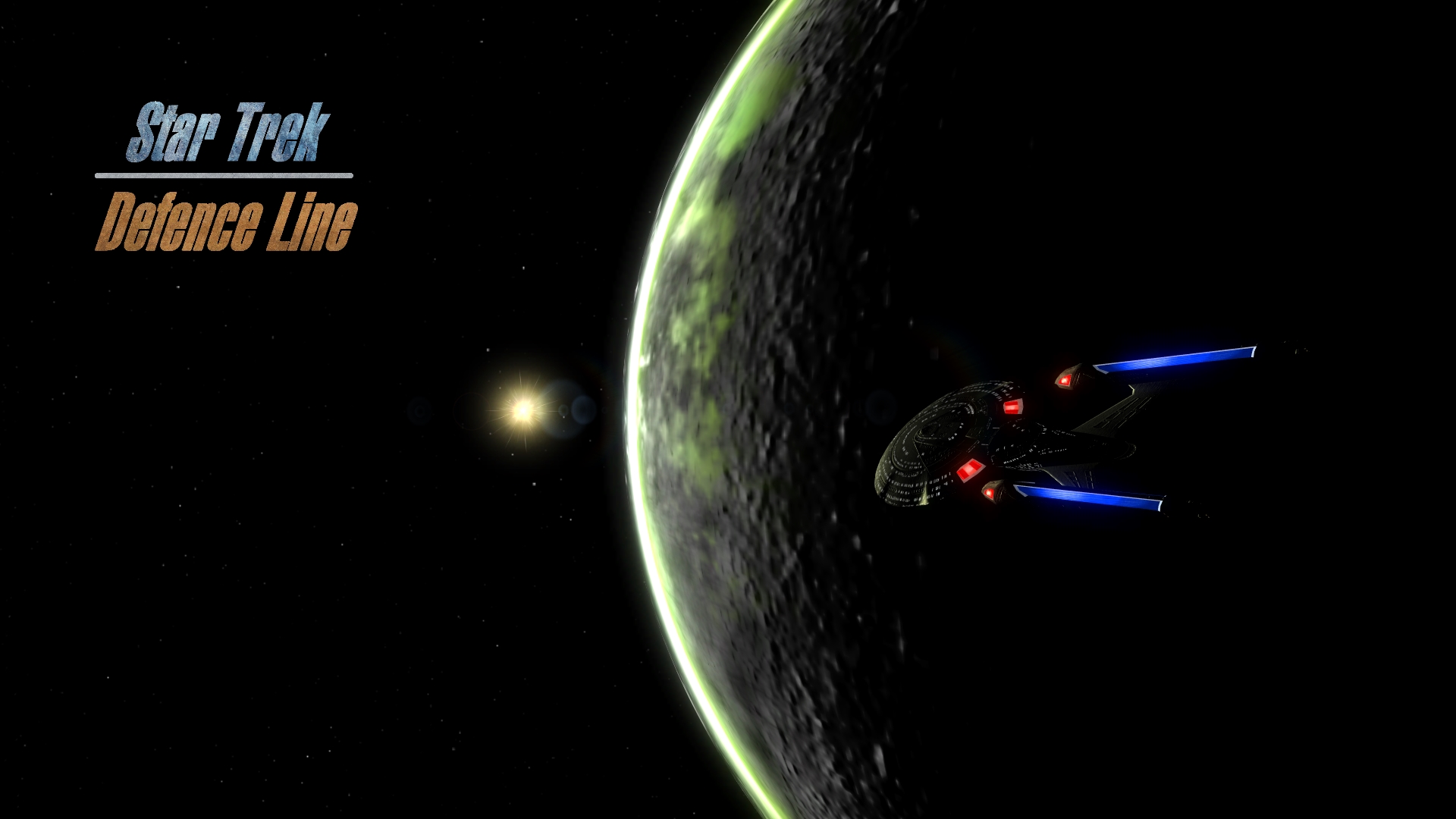 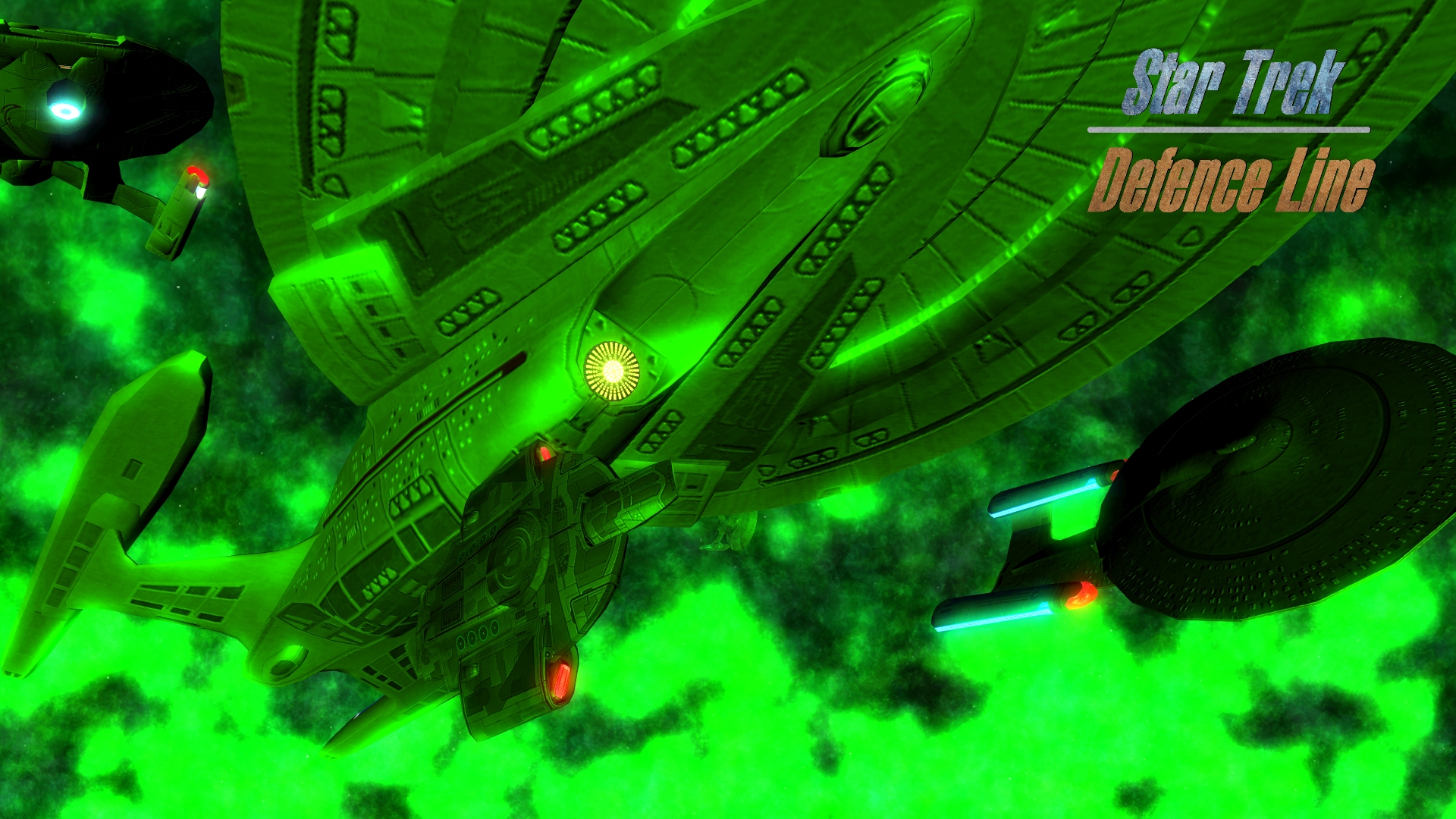 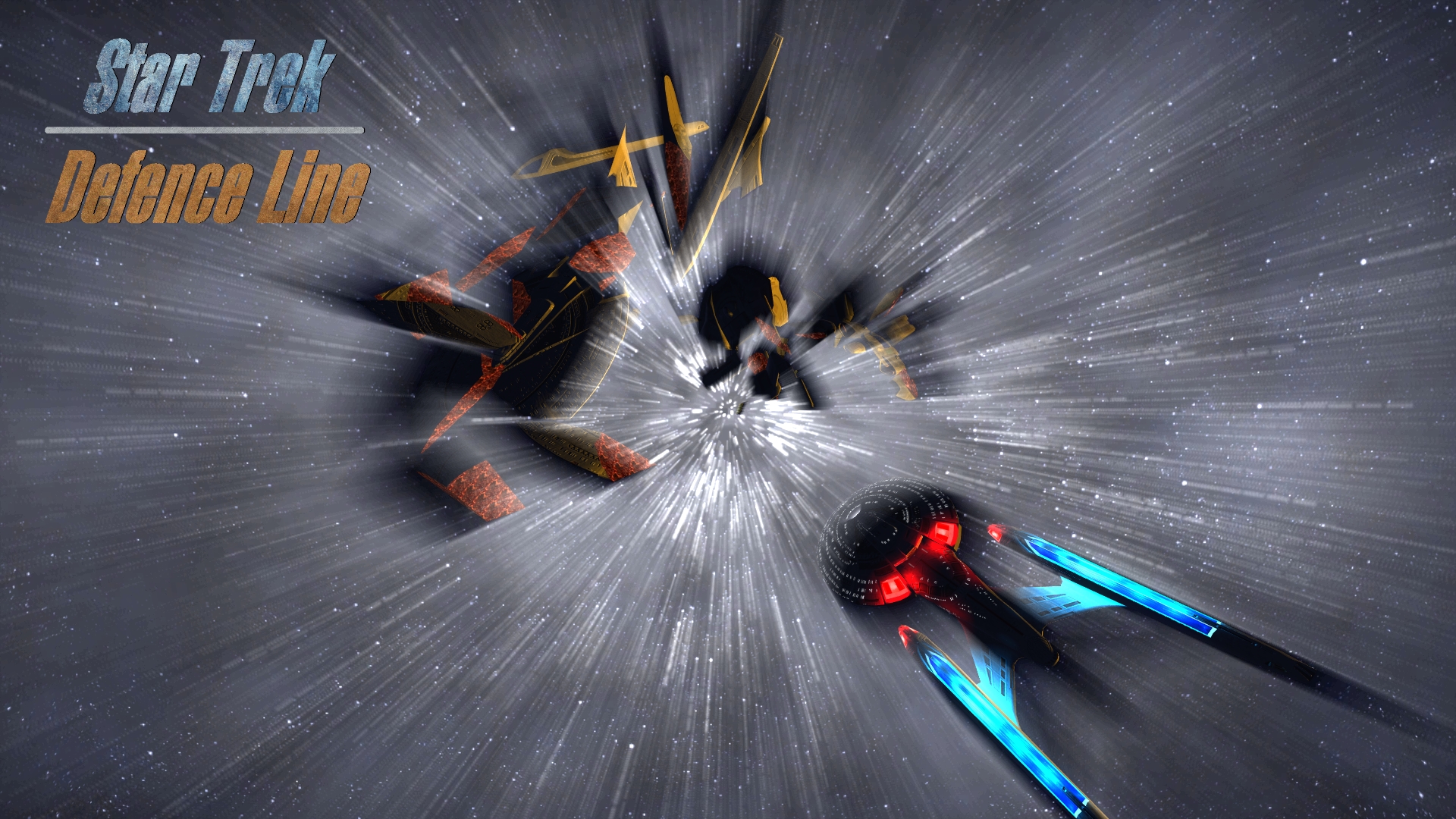