Topic Starter
24 posts
Greetings all, bit of a tech-savvy person here with a problem I can't seem to resolve.

I've downloaded both Future Wars and Klingon Academy 2 mods for Armada 2, and cannot seem to get either to work. After some extensive patching/uninstall/reinstalls, I got Klingon Academy to load, but it crashes to desktop when I try to launch an instant action.

Future Wars doesn't even make it through the installation process; after extracting files from the CD, it starts giving errors about being unable to extract .bik files, thumbs.db (which is in every folder on yuor computer!), texture files, bitmaps etc. I tried both English and German versions, figuring it was just the language pack that was busted, no joy. Then I thought maybe it was the ISO file I was using, downloaded another one, same error, so dug out my original disc and tried that, same thing.

I've tried compatibility modes and installing the mods on other PCs running different versions of Windows, no luck. And I refuse to believe the install EXE is corrupt! Anyone shed some light on this? Thank you!

727 posts
KA2 is designed to work with FleetOps, running from the FleetOps Mod folder.
Stardust

Topic Starter
24 posts
Huh. Never even thought of that. Okay, so is there supposed to be a mod folder within FleetOps? I don't have one, and don't recall reading that that's what you have to do. Is there a specific syntax that needs to be followed? And how does the game know to use the mod files versus stock ones?
Squire James

727 posts
It's in the data directory, so for example, my KA2 directory is

Within this folder are AI folders, SOD folders, Textures, ODF Etc. as any mod would be.

To load, run fleetOps and then on the pre-loading menu, click Options, Mod Settings, select KA2 and click load.
Stardust

Topic Starter
24 posts
Oh wow, that did it.

Oh wait, if I turn off free tech, everything seems to work. Thank you all! So that fixes KA2. Anyone have any thoughts on why Future Wars craps out on install?
Squire James

727 posts
I am unsure what method Future Wars was intended to run by I'm afraid.

And yes, KA2 isn't designed to run with free tech. I thought I had copied and pasted the techtrees so it wouldn't make any difference but apparently I didn't

Stardust wrote:Anyone have any thoughts on why Future Wars craps out on install?

From memory I'd say 99% of the time the Future Wars Installation program never worked it would always freeze up and take hours to recover on its own. Without recovering on its own it would never install. It was sooo much a hassle that after it finally installed once and having the same experience on other computers I made a copy of the Mod after it finally installed and kept that as a backup to have just in case it ever needed to be reinstalled. You might want to look online for non-installation versions of Future Wars. I think there is a version that someone created for the FleetOps Mods Directory.

Honestly though Future Wars isn't worth it unless you speak German. The language the mod uses for everything is German verbally and if you don't speak it, it gets annoying hearin, you'd want to play the game on mute and then you don't get the other sounds. The English version only changes the text for the ships, stations and special weapons because the creators never got English voice translations for the sounds.

One of the other problems with Future Wars I remember was they advertised having a Full Andorian Race in it but then you start the game and guess what; no Andorians. I personally remember Future Wars as the "False Advertising" Mod instead of Future Wars for that reason. I remember others saying this too. I believe having this one missing race was a disappointment to many people besides myself.

Here's what I mean by they advertised the Andorians, here's their picture of an Andorian Fleet... 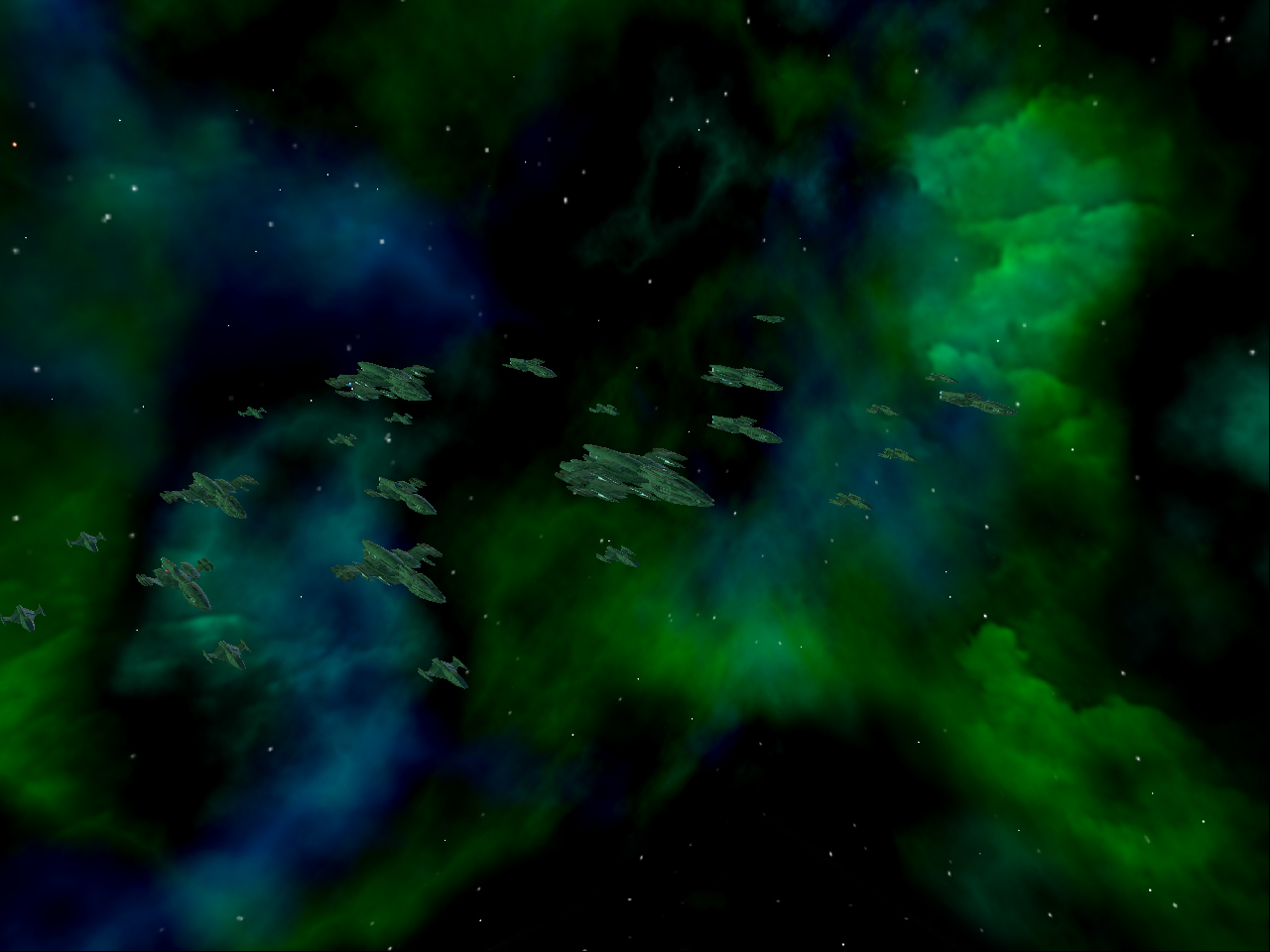 Topic Starter
24 posts
No worries SquireJames, figured it out on my own

From the quality of the effects and models I want to say that Future Wars is designed for stock and not FleetOps. However I found this thread https://www.fleetops.net/forums/modscom ... wars-13030 which has a link to what appears to be the mod in a zip format. I have seen people complaining about the LACK of Andorians, and frankly I'm not too worried about that. I want to see some of the ships, and see them in action. And see big ships with more than just a phaser and a torpedo launcher! I'll try it tonight and see if it works or not.
USSJasmine

Stardust wrote:From the quality of the effects and models I want to say that Future Wars is designed for stock and not FleetOps. However I found this thread https://www.fleetops.net/forums/modscom ... wars-13030 which has a link to what appears to be the mod in a zip format. I have seen people complaining about the LACK of Andorians, and frankly I'm not too worried about that. I want to see some of the ships, and see them in action. And see big ships with more than just a phaser and a torpedo launcher! I'll try it tonight and see if it works or not.

That's one of the Future Wars Mods I was thinking of; if your talking about the link in the post provided by Miklosgo.

I'm actually making some Mods like his Armada II In FleetOps that gets rid of FleetOps proper and brings in the original Armada II with the campaign in its place and also allows for the Mods Directory to play other Mods without needing the Armada II Classic Mod as a Parent Mod. They all work and it bypasses needing to go through "Options" to get to a Mod unless it's a mod added to use Armada II. I e tried this with Future Wars but for some reason it doesn't work; it gets rid of the Game Menu leaving no option but to forcibly quit the program. (This doesn't refer to the Future Wars Mod in that link though.)

Really with newer computers; especially with Windows 10 FleetOps and it's Mods Directory is the only way to play many Mods.
Stardust

Topic Starter
24 posts
Right on the money. It's a zip and it works with FleetOps. My audio was all ENglish, but the names were all German, which I can ignore. Curiously though, within moments of getting into a firefight, Future Wars crashes to desktop. I think it may be sound related; I have a bug report, if anyone's interested...?

EDIT 2: I have confirmed it seems to be with the visuals for when a ship's shields fail.I can do friendly fire test attacks without a problem, but moments after the shields fail, crash to desktop.

Just unzip to your C:\Games folder and start the game from there:
Download link> https://mega.nz/#!Fh9zEKoY!yoWkO65UrrXGY-kl5uYdxgV1a9bho4RtbZHHrsYZ79M

I tried to install that game mod to the FO---Data----Mods folder, but, the mod just suffered a crash, because of some missing files or something, but STA2UA figured out how to repair the bug "Future Wars uses new emitters, you have to add the contens from Future Wars emitters.spr to your own to get the modells working. " Well, I don't tried his solution yet. Just check it here: https://www.fleetops.net/forums/modscompleted/star-trek-armada-ii-future-wars-13030?p=205437#p205437 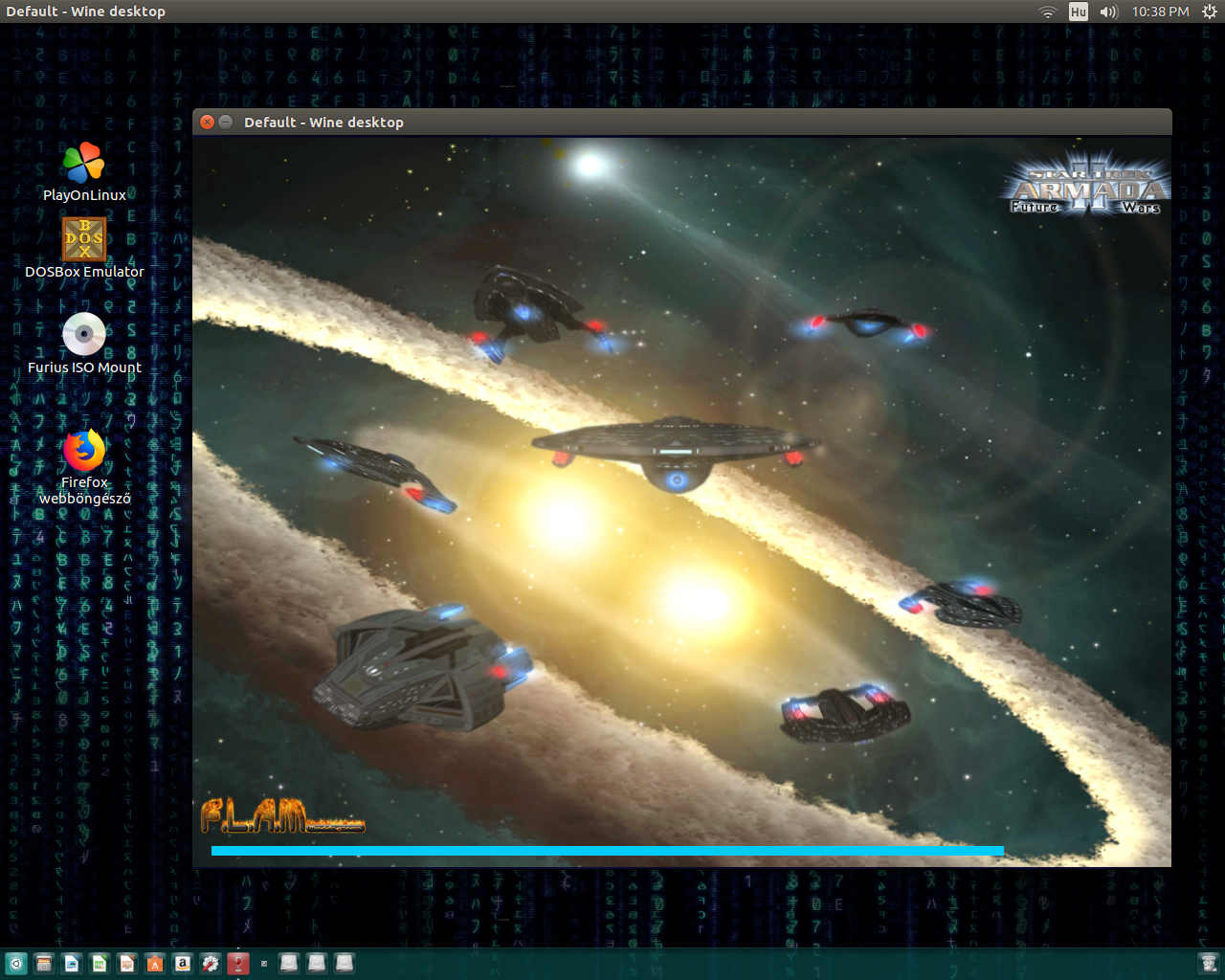 Topic Starter
24 posts
Where is this emitters.spr file, and what needs to be changed?
USSJasmine

Stardust wrote:Where is this emitters.spr file, and what needs to be changed?

Emitter.spr files go into the Sprites folder; that's what the .spr stands for.

I actually have a emitter.spr file with all the Future Wars emitter Sprites added to it as well as other files from any mod that I use. I've labeled what ones were from Future Wars.

There's other emitters listed in this file but it won't cause any crashes if used so I'm including it. If you don't have the corresponding Textures for those emitters being used the game might crash.

I can't upload it as a file here though because they don't allow the .spr extension so here's a download link. I will eventually remove this file though.
https://www.dropbox.com/s/9jvq6w90z3hpfpr/emitter.spr?dl=0
miklosgo

471 posts
Yes. You can try to use that emitter by USS Jasmine.

Just unzip to your C:\Games folder and start the game from there:
Download link>https://mega.nz/#!Fh9zEKoY!yoWkO65UrrXGY-kl5uYdxgV1a9bho4RtbZHHrsYZ79M

As you can see, the game worked well on Ubuntu Linux :-)

The original game can be find here> https://www.moddb.com/mods/star-trek-armada-ii-future-wars
BUT it's the same with my Zipped version, which had to be just unzipped in your C:\Games folder

Topic Starter
24 posts
Thanks for the reply guys, tested it out and sadly it's still doing it after including the emitters file in my filelist. Anyone have any thoughts?
1, 2
Reply