Conquest's storyline is set two hundred years in the future, where interstellar travel was possible by jumping through networks of wormholes leading to other systems.

Following a series of internal conflicts, mankind has discovered a wormhole leading to an unknown system, Tau Ceti. Arriving in the Tau Ceti system, the TNS Andromeda, under the command of Rear Admiral Tackwhether Hawkes, is caught between a small, fast, unidentified alien spacecraft and its pursuers. After the Andromeda is destroyed in a collision with a massive alien warship, you, as the anonymous Commander, are ordered by Admiral William Halsey to investigate. With the help of Captain Thomas Blackwell, you begin exploring uncharted wormholes in order to discover what happened to the Andromeda and to find and rescue Admiral Hawkes if he is still alive. 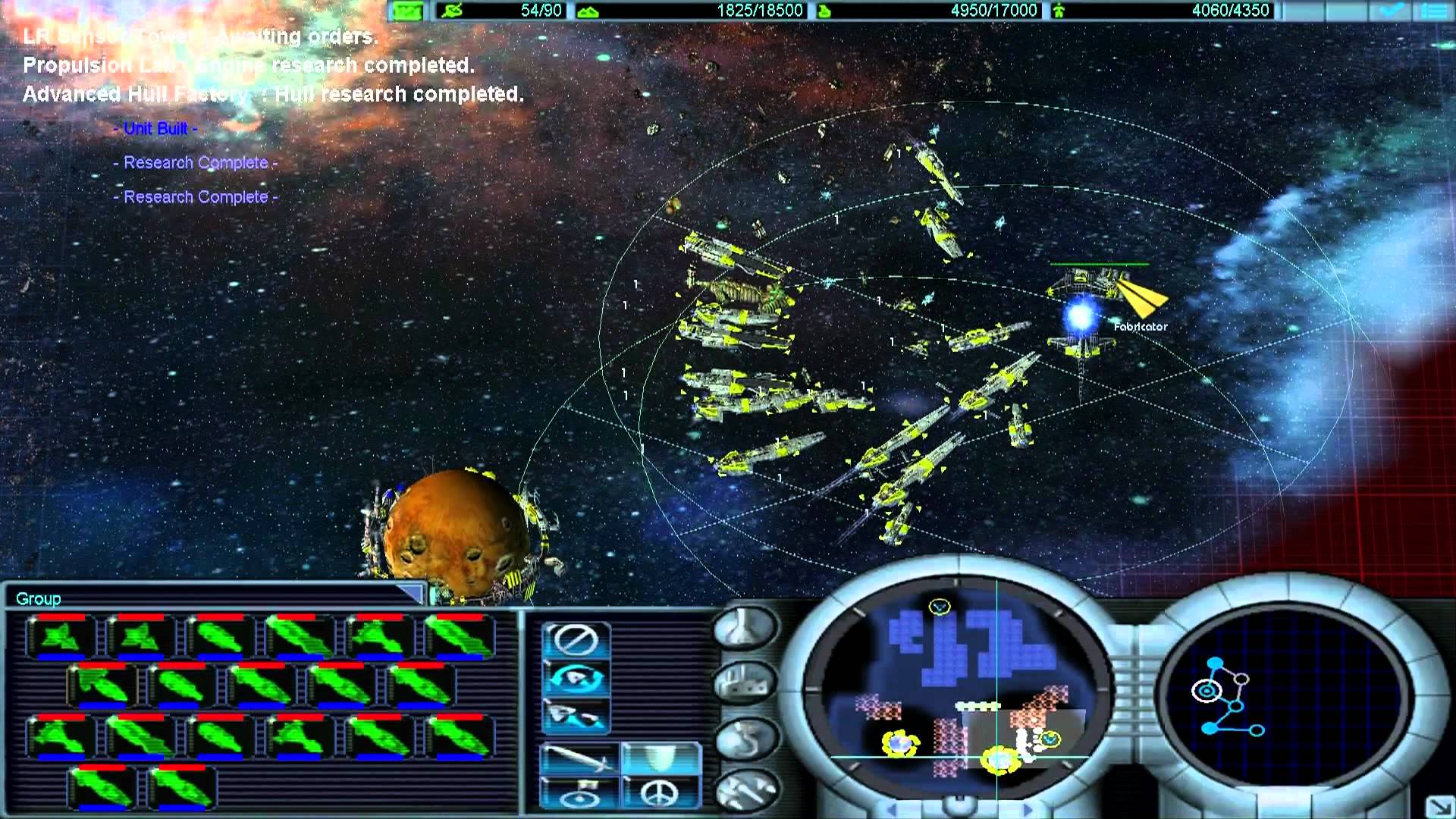 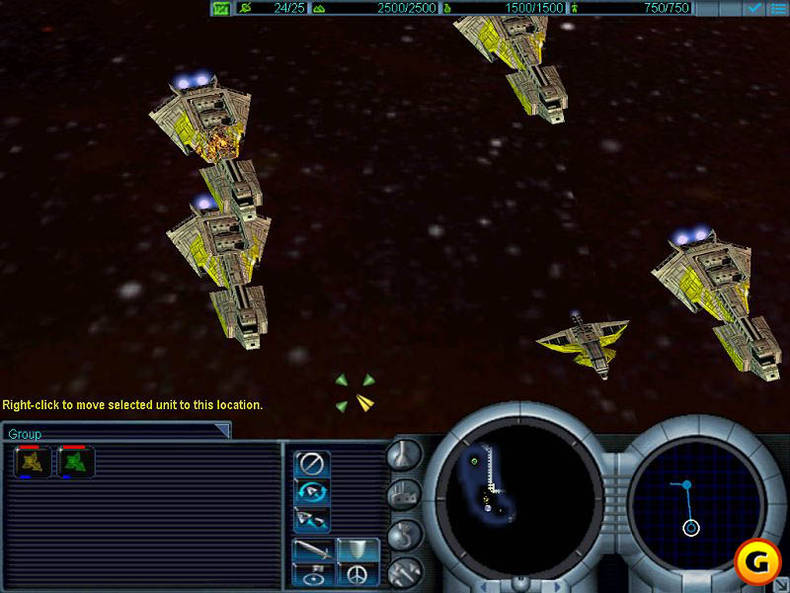 Donator
298 posts
Awesome game, I will attempt to get it working again. Does it work for you?
miklosgo

Topic Starter
471 posts
Hi. Yes, it's an interesting game play. I played a few times, but it's a little bit different from Star Trek Armada 2. Try that Frontier Wars and see if you like the game play.
Sugar Spice

Donator
298 posts
I think you misunderstood. I have played it many times. Though it is too old for modern computers but I will try and see if it will work.

I would love to see a Conquest: Frontier Wars mod for STA2 FO.
miklosgo

Topic Starter
471 posts
Last edited by miklosgo on December 2nd, 2018, 8:46 am, edited 1 time in total.
Well. Creating such a game mod for Fleet Operations, needs a lot of work. You have two options.
First, rebuild all the ships, using screenshots from the game or try to extract those ships from the game and made hardpoint to them: http://conquestfrontierwars.weebly.com/hardpoints.html
Anyway, I'm busy with another mods and games. But, probably , there will be some modders for such a game mod.
miklosgo

Topic Starter
471 posts
Last edited by miklosgo on December 2nd, 2018, 8:43 am, edited 3 times in total.
Hi. Because I have UBUNTU OS on my computer, I decide to try to install "Conquest>Frontier Wars II" (a space strategy game). Until now, everything works fine. Years ago, I played Star Trek Armada 2 and Conquest looks similar with Armada 2, I mean, the game play.
I made more screenshots from the "Conquest>Frontier Wars II", playing on Linux Ubuntu 18.10.
I found a great tutorial right here: https://descendentstudios.com/community/topic/4809-playing-cfw-on-linux-using-wine/?fbclid=IwAR1D2y5ruNQ5mQE0KbtY3yxsNC3C1pXrqo_2EW1UAsMfAqbwcAIuVc2whQA
so, I managed to make a good configuration for the game under Ubuntu.
As you can see, the game works just fine.
More info and pictures: https://www.facebook.com/groups/115904175114083/?ref=group_header 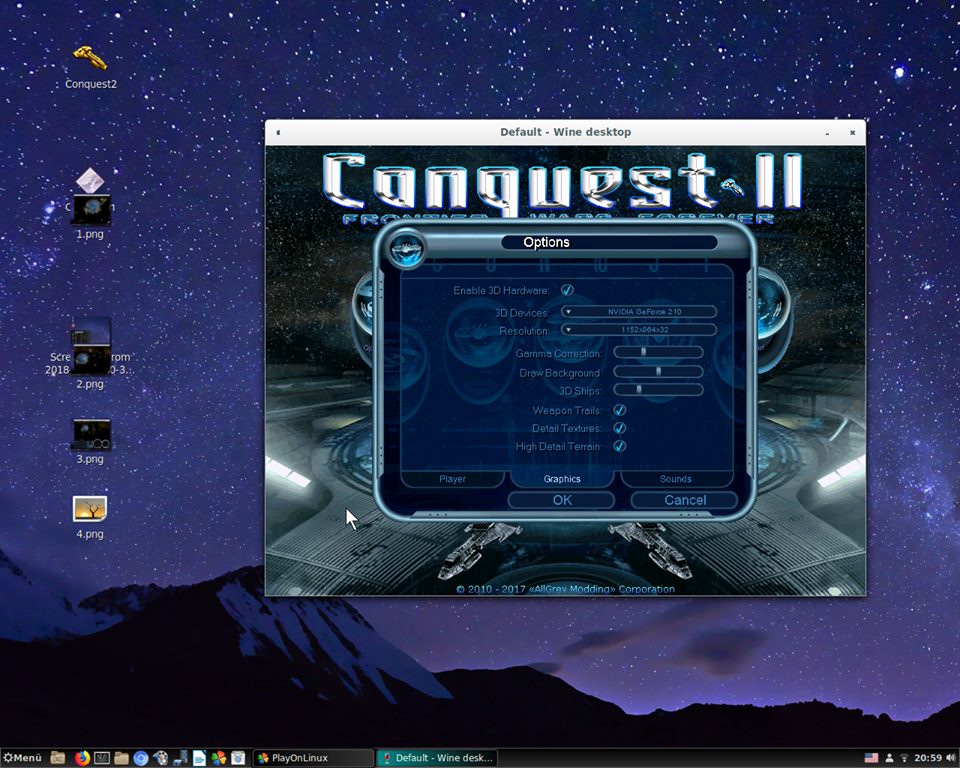 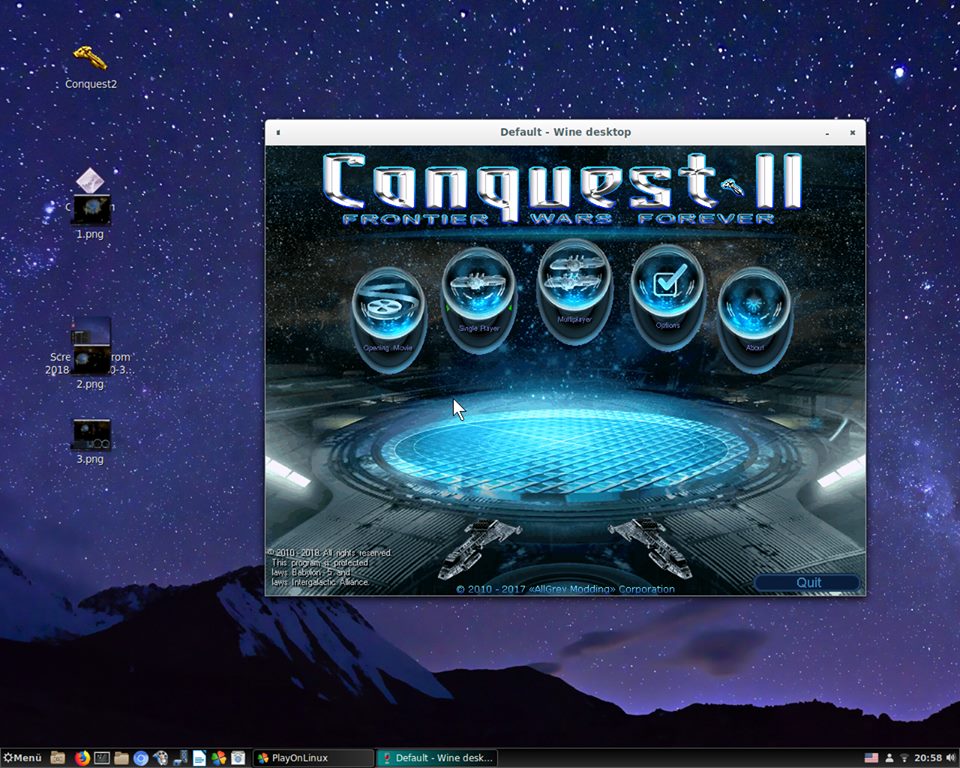 Donator
298 posts
Where is Frontier Wars 2 downloadable from?
miklosgo

Topic Starter
471 posts
More screenshots from the game, from Linux: 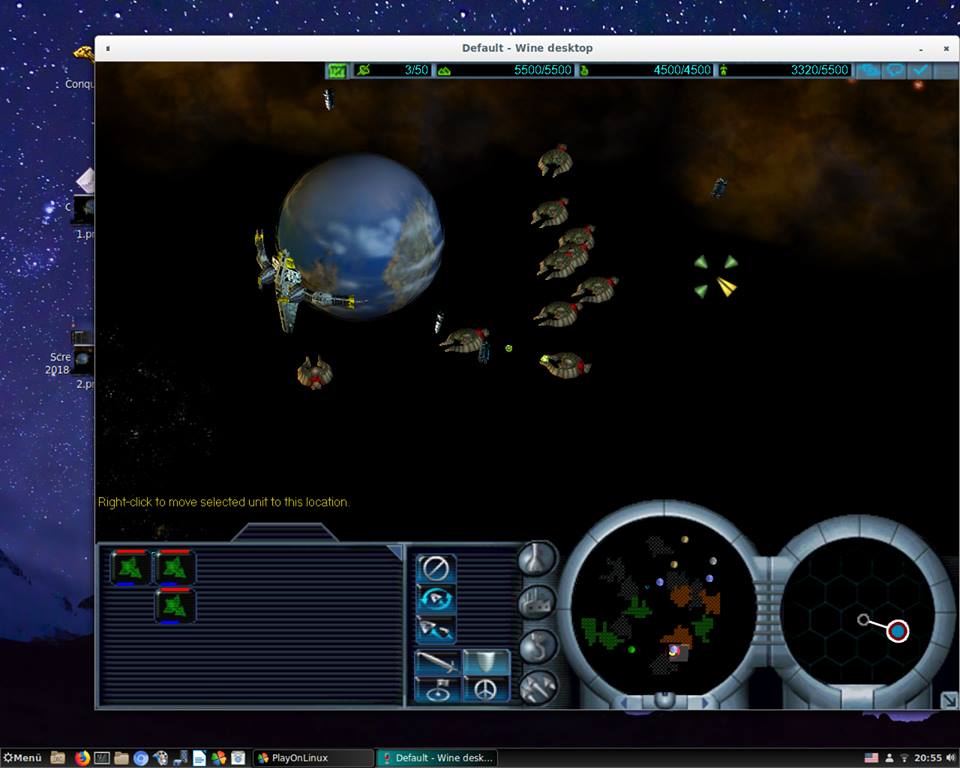 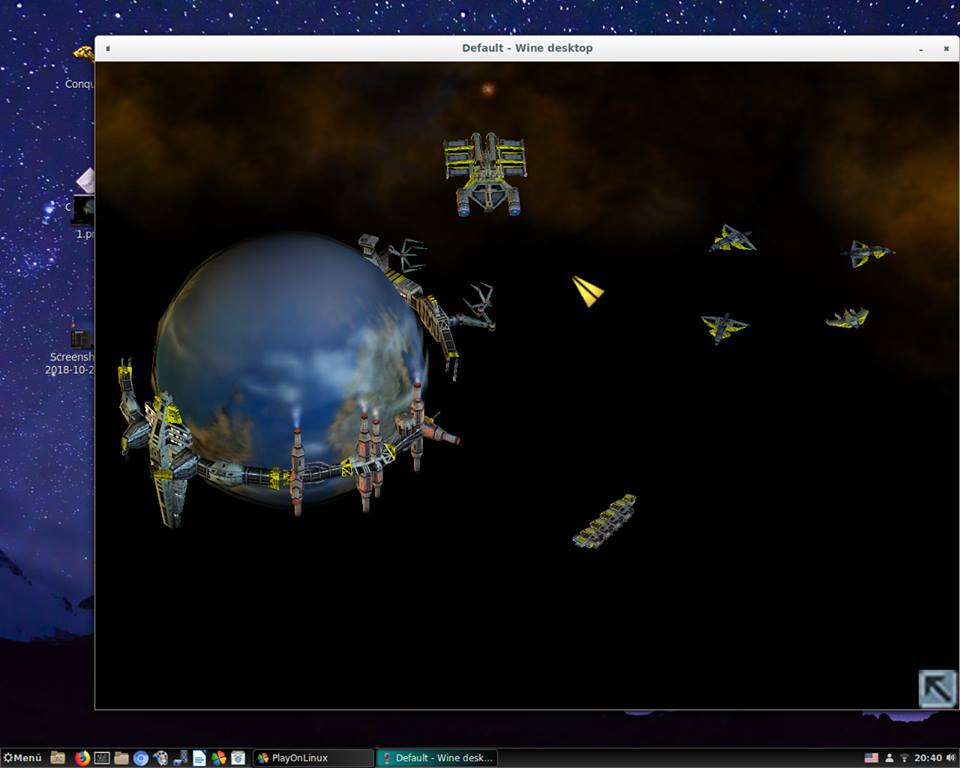 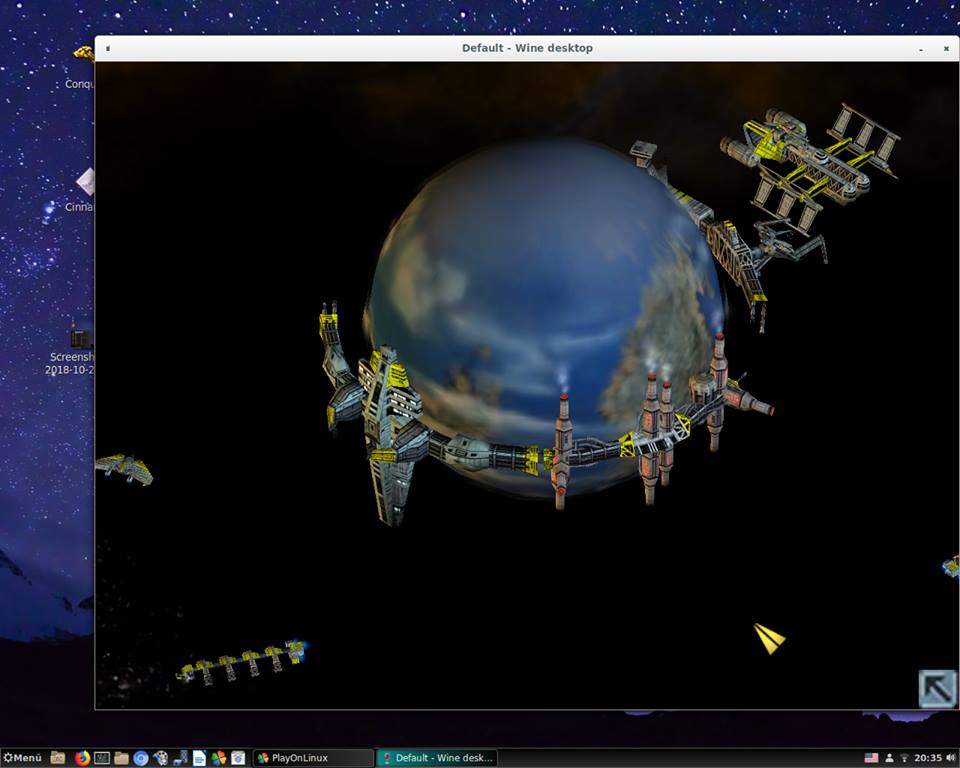 - For exporting models you need 3ds max 8 I think and a special exporter plugin and to edit hardpoints there's an additional tool,
- 3DS MAX 6 works with existing exporter 100%,
-Here's a tutorial on editing hardpoints: http://conquestfrontierwars.weebly.com/hardpoints.html?fbclid=IwAR2lMWyfzZ0VkTkJbSBkYKQoPu7F_nWyH3ZEQt6Vs-DoDclMeOHlWuVyhnE
miklosgo