Here you can arrange online encounters and reminisce over past online battles.
1, 2, 3, 4, 5
ChrysusNice

1 posts
Count me in!

Also can we play Tryptic's mod so the dominion aren't broken? 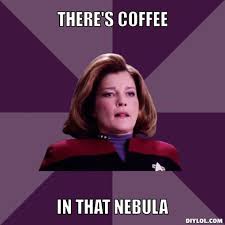 *Note: Since I am giving my own money, I reserve the right to have the final decision in the rules/format.

Note: This is a work in progress, so please discuss.


Hey Funny. Add me to the list!!! Love what you're doing here.

I'm keen on Tryptic's mod too. What are your thoughts?
funnystuffpictures

Donator
Topic Starter
1590 posts
I got you guys added!

Yeah Tryptic's mod is really good! I still think it would be best to use 3.2.7 though because a lot of people are rusty, and that's what the players and commentators remember.

19 posts
I think Tryptic's mod is better then 3.2.7 also but i'm unsure how good it be for the Tournament not all have played it and from Tryptic's first mod to where it is now so much has change there also no change log to people to look at to know everything that has been changed.

So as funny have said i also think the 3.2.7 will be best for this tournament.


P.S
I hope maybe next tournament we could play Tryptic's mod he should also have a change log out then so people can see what happen in the mod over 3.2.7.

Now, with that said, I AM planning to release a new version around the time of the tournament, and capitalize on all this free publicity

What I DO have to offer for the tournament, is a new 1v1 map. It's been a side project of mine for several years, since back when the devs reported that their 4.0 games tended to be on bigger maps and expand to cover more moons than our 3.2.7 games at the time. The visuals are incomplete, but I'm confident in the asteroid and moon placement. If you guys would like to use it, here is a copy for people to practice on. I've also uploaded it to Teamspeak for general use 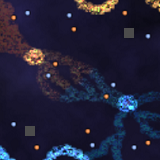 Donator
Topic Starter
1590 posts
Last edited by funnystuffpictures on December 17th, 2017, 10:33 pm, edited 4 times in total.
Ray320 has setup a discord for fleetops, and this is how I'd like us to stay in contact for the tournament. I would like all contestants and people involved to get discord (if they don't have it) and join the server by following this link: https://discord.gg/bpm2B8j

If you have any questions in getting this setup, please feel free to write me or post on here!

Tryptic, that looks like it's shaping up to be a wonderful map man!

I was thinking it might be cool to gather a list of the most balanced maps and randomly assign one to each match!

The Mighty Master wrote:P.S
I hope maybe next tournament we could play Tryptic's mod he should also have a change log out then so people can see what happen in the mod over 3.2.7.

Yeah I was thinking it might be fun to mix in some Tryptic mod matches, but people need to have the opportunity to come back and play it a little bit more first!
The Mighty Master

19 posts
So i have discord not everyone will and many don't like it can i ask why we are using discord over the TS made for Fleet Ops?
funnystuffpictures

Donator
Topic Starter
1590 posts
Sure man. Just off the top of my head:

Edit: sorry guys I gave the wrong link earlier. It's been fixed in the previous posts, but just so you're sure, here is the link: https://discord.gg/bpm2B8j
funnystuffpictures

Donator
Topic Starter
1590 posts
Hey folks, I've opened a discussion on a map pool for the tournament on discord (under winter tournament -> map-discussion)! I would love it if people posted map suggestions (1v1, or even feel free to post and discuss bigger maps). Please tell me what you think of having random maps hosted by the commentator with altered map files so players can't see the map icon or map name, thus unable to tell what map they are on until the game begins. I personally think it could be fun! Anyway's please respond over on discord!
The Mighty Master

Donator
Topic Starter
1590 posts
If the map is balanced, skill should still prevail

694 posts
If this is still in the making, I would consider donating a bit of Ethereum if there is a smart contract or something for this tournament

Is one of the community members skilled in this field?
And probably I would also sign up. In any case, it is great to see that people still care for this great mod.
ray320

Donator
2041 posts
Still going on, come join us on discord and let’s get some games going!
funnystuffpictures

Donator
Topic Starter
1590 posts
Hey guys, the first round is starting this weekend! Ray320 will be running things while I get ready for a big scary test I have the 20th of January!
funnystuffpictures