Topic Starter
471 posts
Last edited by miklosgo on April 21st, 2016, 8:11 pm, edited 2 times in total.
Has anyone thought to do a conversion from the old Star Wars Mod for Star Trek Armada 2 to the Fleet Operations ?
Ivegottheskill

29 posts
I would love that. Star Trek vs Star Wars 2 was my favorite mod for Armada 2

857 posts
Already being worked on theres a few threads already about it.
miklosgo

086gf wrote:Already being worked on theres a few threads already about it.

Topic Starter
471 posts
Last edited by miklosgo on April 21st, 2016, 8:12 pm, edited 1 time in total.
Adding two Star-bases for my SW Mod, one for the Republic Starbase, the another is the Empire Starbase. Maybe for the third minor faction I can make a new Starbase, until now I have only an Outpost. The third faction maintained its isolation from outside influences as it expanded throughout the cluster and colonized more of the rich worlds. The third faction is inspired from the SW Empire at War .
miklosgo

This is a Star Wars mod with three races in one game.
The Galactic Empire, the Galactic Republic and the Rebel Alliance 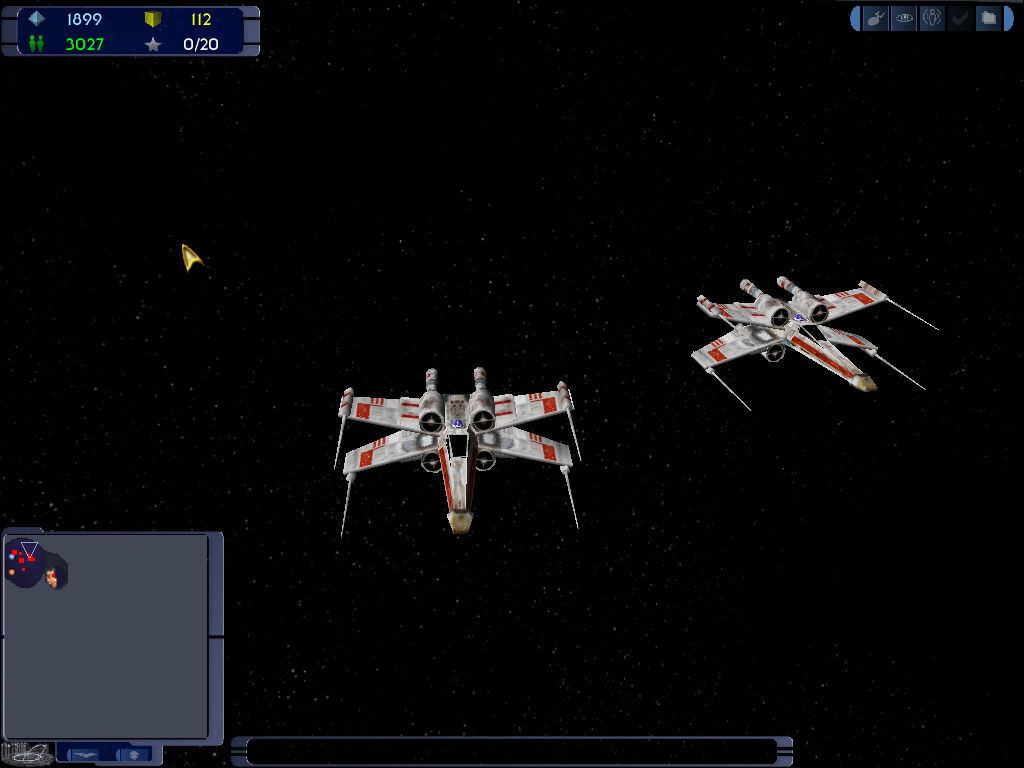 727 posts
No Confederacy? Or are they planned for a later release?
miklosgo

Topic Starter
471 posts
Last edited by miklosgo on May 13th, 2013, 6:13 pm, edited 2 times in total.
Hi. Right now I have only three great powers included in the game. Who knows, maybe one day I'll do an update.

Otherwise, would be nice to play with Fleet Ops, without having the original CD or the ISO file for the Armada II game.

If you a fan of Star Wars or Battlestar Galactica, you should try my mods made for Fleet Ops :-)

300 posts
Ok, I tried to get this mod you've created using one of the older FleetOps Versions and I couldn't get your mod to start at all and I don't know why.

I have a 1TB Portable Hard Drive (a new hard drive, couldn't get the 1TB Flash Drive I wanted), this hard drive holds a stock A2 game with the Patch Project 1.2.5 Patch for regular Online games (haven't done much yet, except one against an AI because no one would join in and I thought they could auto-join-in well the game was inprogress; I now know that is impossible), I have FleetOps installed on this hard drive with 6 Mods in the Mods Directory (STA2_Classic, my STA2_Generational, STA1_Classic {something I'm working/want to work on that doesn't crash or prevent FleetOps from working}, a CutDown STA2_Classic Mod because I redownloaded SquireJames' KA2:EAW Mod, and Adm. Zaxxon's Star Wars: Fleet Operations Beta Mod). There's also a shorcut directory in the main area of this hard drive to get to the AppData Folder on my laptop's main hard drive since I normally have that directory hidden). Lastly on this drive is the original Star Wars Fleet Operations Mod (http://armada2.filefront.com/file/Star_Wars_Fleet_Command;8831) that I reamped to not have the ships and all their neccessary files in the stations' folder (from this mod I removed the Federation, Klingon, Romulan, Cardassian, Borg, & Species 8472 ODF Files (Ships & Stations) and their respect SODs along with their tech1 and GUI_Global entires for their ships and stations and special weapons).

Well both of these mods crash. I'm putting this here because one of the mods that is crashing is your (miklosgo's) Star Wars for Fleet Operations Mod, the mod that is using an older version of FleetOps and I don't know what version. I am not getting a Bug Report for Miklosgo's Mod when it crashes, but I am getting a popup message that I took a screenshot of. For the record, this hard drive is barely full it has lots of free space, only 14.5GB of 1TB is used.

**Note: My laptop has enough hard drive space on all 3 hard drive hooked up to it, and as I said the hard drive with my these mods installed (minus my stock version of STA2_Generational) has 14.5GB used out of 1TB. And as for Virtual Memory, I always have it on, I never turned it off.

When the other Star Wars Fleet Operations Mod Crashes' I get a Bug Report (I renamed this mod STA2_Star Wars Fleet Command so it won't overwrite Miklosgo's Mod since they both originally had the same name). A Popup Message said this mod might have a faulty ODF file but the bug report isn't referecing any ODF files. (posting this bug report as well)

Topic Starter
471 posts
Regarding my Star Wars Mod, I don't understand, why is not start on your laptop. All you need to do is, unrar the file somewhere on your hdd, on the C drive or D drive, mount the ST Armada 2 using a Virtual Drive Manager (I'm using Demon Tools) and after this, launch the game using the Armada2.exe if you have Win 7. This Star Wars Mod works under Windows 7. And yes, this is an older version of the Fleet Ops, Beta version, works well, without any problem.

You're welcome on my site to download my mods, and modify or change my mods after your own style :-)
miklosgo

If you wish to know more about the Star Wars ships, please click here:
http://www.firefoxccmods.com/enciclopedia/cruceros_emp_en.html

May the Force to be with You.
Reply