Topic Starter
471 posts
Last edited by miklosgo on April 26th, 2021, 7:08 am, edited 10 times in total.
I'm a fan of this game - Star Trek Armada 2 and 1 year ago I started to modding the game, creating some ships from the Perry Rhodan Universe.

Of course, this one could be a new MOD for the Fleet Operations:  Perry Rhodan Vs Topsiders.  Perry Rhodan is a man from Earth and the Topsiders is an alien race, a cross between a velociraptor and a human.

Perry Rhodan is the name of a science fiction series published since 1961 in Germany, as well as the name of the main character. It is a space opera, dealing with several themes of science fiction. Having sold over one billion copies (in pulp booklet format) worldwide, it is the most successful science fiction book series ever written. The series and its spin-offs have captured a substantial fraction of the original German science fiction output and exert influence on many German writers in the field. The series is told in an arc storyline structure. An arc—called a "cycle"—would have anywhere from 25 to 100 issues devoted to it, similar subsequent cycles are referred to as a "grand-cycle".
miklosgo

Topic Starter
471 posts
Last edited by miklosgo on September 29th, 2012, 9:27 am, edited 3 times in total.
I'm working on a new Perry Rhodan Mod for the Fleet Operations space strategy game, with three races in one game, the Terrans, the Akvons and the Topsiders.

Terrans have become one of the most important races in the known galaxy second only to their close genetic relatives, the A(r)konides. Much of terran technology was adapted from arkonide technology. They have, however, continually added alien technology and their own inventions to create a technology that is rivaled only by the Akonide Coalition. Terra built up its home fleet, established economic and political ties with inhabited planets near Terra, and infiltrated agents throughout the Arkon Empire.

The Akvons are seal-like in general shape with a fleshy "skirt" where the rearlimbs would normally be and two slender arms ending in a four-fingered hand (two fingers opposed to two fingers). The "skirt" is actually their primary means of locomotion.
The Akvons have an advanced biological technology and, with access to genetic developments from the Terrans and the Aras, have greatly advanced their bio-engineering abilities. They are not, however, very good with advanced electronic technology. As a result their ships, communications gear, computer technology, etc. are all terran/arkonide.

Topsiders can be describe very simply: as a cross between a velociraptor and a human. Still possessing a bird-like posture they are stockier and more compact than velociraptors. The Topsiders spaceships look much like an arkonide sphere ship with a rocket shoved through the center of it. They use a central command and habitation sphere with a posterior propulsion and power system and an anterior weapons system.

Perry Rhodan is a German sci-fi character like Flash Gordon for example. In the Perry Rhodan sci-fi action, you can find many great starships and space battles, some kind of Stargate for example. The most important ship is the SOL starship, which looks like two balls joined in the middle. 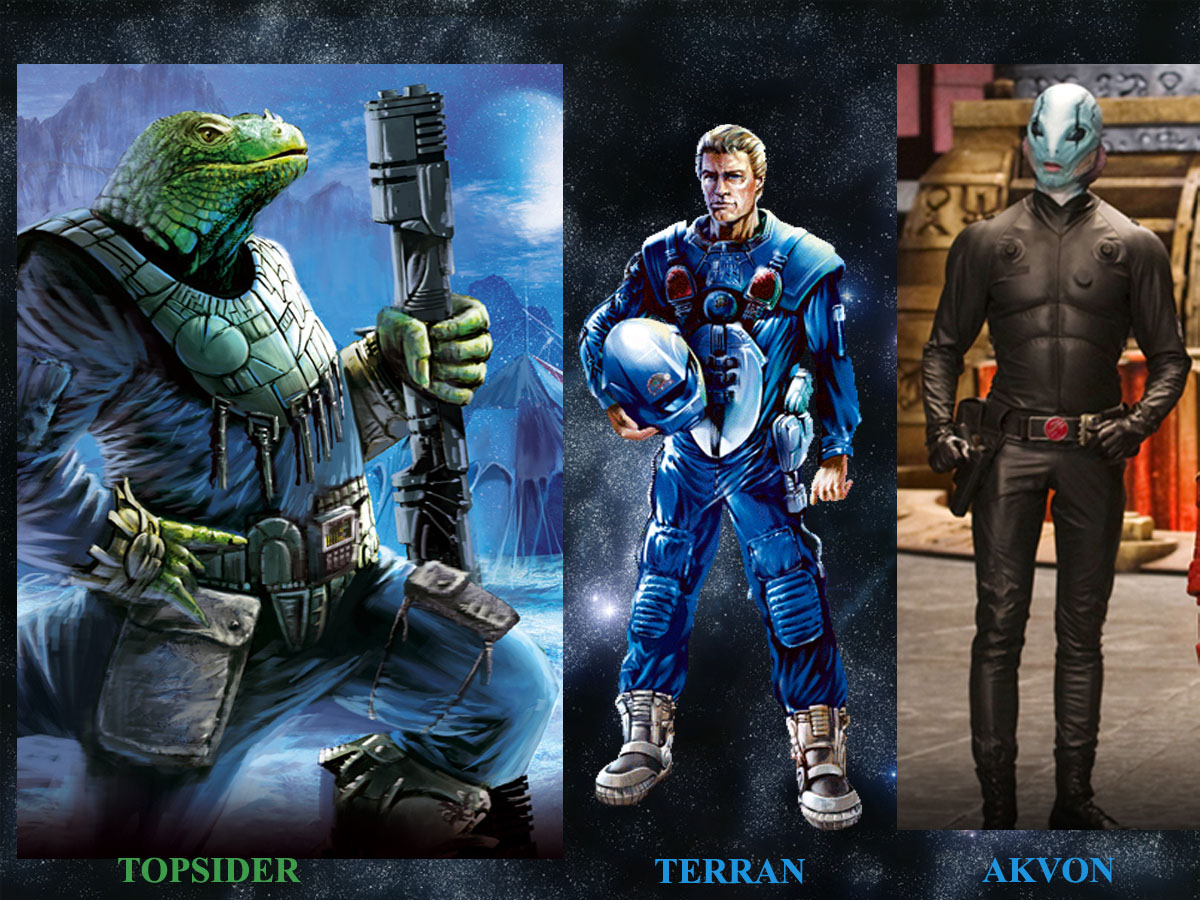 Topic Starter
471 posts
Last edited by miklosgo on April 26th, 2021, 7:08 am, edited 2 times in total.
Does anyone know if the SOD export utility ( Armada II files) within Milkshape works when there is animation in the Milkshape model ? The animation works fine in Milkshape but I can't export as a SOD format file .I made some experiments with my models in MilkShape and I succeed to export in the SOD format, but my ship is invisible or the ring does not revolve around the axis. I attach here my working animation model and if you know, please help me to export in to a working SOD format. Thanks.
Dominus_Noctis

Topic Starter
471 posts
Last edited by miklosgo on August 13th, 2016, 11:27 am, edited 6 times in total.
I finished with the update for my Perry Rhodan for Star Trek Armada 2.
miklosgo

2 posts
I've got your Perry Rhodan for Armada 2. Nicely Done, Looking forward to what you do for FleetOps.
(P.S. I downloaded the Wind Commander/Kilrathi Mods as well and added the Perry Rhodan to it).

Had a little fun playing against the BORG.
miklosgo

Topic Starter
471 posts
I start modding ST Armada 2, five years ago, in 2011 and my very first mod was that one, "The Adventures of Perry Rhodan".

And that one is my second Perry Rhodan mod for the Fleet Operations space strategy game, with three races in one game, the Terrans, the Akvons and the Topsiders.
Reply